Since the 10th century the name Limon appears in many documents, often transformed into Limonum, Limono and Limone. According to some, the name derives from limen = border or from lima = river. However, these are not derivatives of the fruit 'lemon', but, according to the most recent studies in toponymy, "rather reflections of an ancient voice of Celtic origin limo, lemos = 'elm'"; hence Limone = "place characterized by the presence of elms". The name of the town has been Limone San Giovanni since 1863; in 1904 it took on its current name of Limone sul Garda.

The first evidence of human settlements on the shores of Benàco (the ancient name for Lake Garda) dates to Neolithic times. The southern shores and surrounding moraine hills are the densest area of pile-dwelling sites in Italy. More than 40 settlements are known to exist in this area; today, together with the pile-dwelling villages of Fiavé (3800-3600 BC) and Ledro (2200-1350 BC) they are part of the UNESCO World Heritage List.

The inhabitants must have been small, unconnected tribes, wandering through the valleys in search of food and the vicissitudes of war. They may have been populations of Ligurians and Euganeans; the Benacensi probably belonged to them.

The settlement of the Celtic populations of the Cenomani Gauls, who were subjected to the Romans in the 2nd century BC, dates to 600 BC. Subsequently, the historical events of Limone followed the history of the Garda Riviera: from the Goths to the Lombards, from Charlemagne's Franks to the great monasteries of Brescia, from the Scaligeri to the Visconti, from the Republic of Venice (1426-1797) to the Austro-Hungarian Empire, from Risorgimento Italy to the advent of the Italian Republic.

The period of Venetian rule was decisive for Limone's socio-economic development. Thanks to the initiative of some local families, firstly the Bettoni counts, supported by the choices of the Serenissima, Limone went from a simple rural economy, linked to fishing and the cultivation of olive trees, to a real commercial industry. From the 17th century onwards, Limonaie were built, special greenhouses that allowed the cultivation of lemons on the ground and the production of lemons, exported for their organoleptic qualities to half of Europe (Austria, Germany, Poland, Russia, etc.).

The gardens were mainly created along the coast towards Riva, taking large, terraced areas away from the mountains and parameterizing the sites with high walls to defend the plants and fruit from the cold north winds. The characteristic masonry pillars, neatly aligned, were used to support the fir beams for the winter covering with boards and glass. Before burying the plants, the bottom of the greenhouse was insulated with a large layer of lime to prevent the loss of water supplied by streams and springs and distributed to irrigate the plants with an ingenious system of channels. The local soil, being too gravelly, calcareous, and poor in elements, was transported from the Venetian shore by barges.

Limone, at almost 46° north latitude, became the northernmost town in the world where lemons were grown for commercial purposes in the 18th century. The description of Limonaie by J. Wolfgang Goethe in his "Italian Journey", when he was travelling by boat from Torbole to Malcesine, is famous; the village, its gardens and lemons suddenly entered the pages of world literature: "13th September 1786. The morning was magnificent, a little cloudy, but calm as the sun rose. We passed Limone, with its terraced gardens up the mountainside, a spectacle of richness and grace. The whole garden consists of rows of white square pillars, which are placed at a certain distance from each other, up the slope of the mountain, in steps. Sturdy poles are placed over these pillars to cover the trees growing in the intervals in winter. The slowness of the crossing favored the observation and contemplation of this pleasant spectacle'.

In the nineteenth century, lemon production went through a crisis caused by 'gummosis', a disease that affected almost all the plants in 1855; then there was competition from lemons in southern Italy and the discovery of synthetic citric acid, which drastically reduced exports.

The paper mills, which had been active for centuries along the San Giovanni stream valley, also ceased their activities. Silkworm, sheep and goat farming, mountain logging, lime production in the lime kilns along the Sìngol Valley and in Reamòl, and the magnesia factory set up in 1861 required sacrifices and guaranteed derisory incomes.

The events of the 1915-18 war period heavily involved Limone and its inhabitants due to the proximity of the border between the Kingdom of Italy and the Austro-Hungarian Empire. The village was hit several times by bombs. In September 1916 the population was evacuated and ended up in exile in Maderno and Gardone Riviera, until November 1918. The recovery was difficult, with the roads, aqueduct, mill, and port to be repaired, the municipal budget in disarray and few job opportunities. A few particularly cold years, rising labor costs and increasingly low production yields dealt the fatal blow to the lemon sector. The country's economy was severely affected. Many emigrated, while others returned to fishing and olive growing; an important step was taken in November 1919 when the Cooperativa Possidenti Oliveti (Olive Growers' Cooperative) was set up to manage a social oil mill.

In 1928-31 the Gardesana Occidentale road was built, linking Limone to Riva and Gargnano, thus ending centuries of isolation. The local economy began to transform immediately after the Second World War thanks to the influx of the first tourists from Germany and Austria. The inhabitants of Limone began a slow but steady development, transforming the small fishing village into today's tourist center, one of the most important on Lake Garda and in Lombardy.

The Legend of Limone
Long-life elixir in Limone

The Legend of Limone

Legend has it that the love of the god Benaco and the nymph Fillide gave birth to twins, Grineo and Limone. In their father's mind, the first should have devoted himself to fishing, the second to agriculture, but the two, since their adolescence, preferred hunting on the slopes of Mount Baldo, where Limone was attacked and killed by a wild boar. In despair, Fillide pleaded with her husband to bring her son back to life: she gave him an infusion prepared with mysterious celestial flowers and the miracle was accomplished. Promptly obeying his father's wishes, Limone settled down in front of Baldo, in a gentle inlet sheltered from the winds, and cultivated the fruit that took his name.

The story of the discovery began in 1979 in Milan, when a railway employee from Limone was admitted to hospital. The results of the tests he underwent stunned the team of doctors led by Prof. Cesare Sirtori. The patient's cholesterol and triglycerides were very high, but there was no significant damage to the arteries or heart. The doctors, in disbelief, decided to investigate further and found an anomalous protein in the blood of the patient, his father and daughter, which the researchers named A-1 Milano.

The most important thing is that the protein present in the blood of these people from Limone behaves in an anomalous but beneficial way, becoming an extremely effective weapon against atherosclerosis and heart attacks. As a result of this protein, fats are 'swept at great speed' from the arteries and transported to the liver where they are eliminated.

The researchers were curious as to why this genetic mutation only occurred in Lemon and wanted to find out how hereditary and environmental factors might have influenced it. The studies and research continued with increasing dedication, and all the inhabitants of the village had their blood taken. The result is surprising: a considerable number of residents carries the gene. The family tree of the carriers was investigated, and, thanks to old registers, it was established that all the carriers descended from a single couple: Cristoforo Pomaroli and Rosa Giovanelli, who married in Limone on 14 November 1644.

In the years following the discovery, research moved to major laboratories around the world, particularly in northern Europe and the United States, but it was only possible thanks to the invaluable collaboration of the inhabitants of Limone who submitted to the research. It was thus possible to synthesize A1 Milano by transferring the ability to reproduce the protein into bacteria. In November 2003, news arrived that a group of researchers from the Cleveland Clinic Foundation, led by Steven Nissen, had reproduced the protein in an experimental drug.

The drug was administered to forty-seven people suffering from severe atherosclerosis, and in just six weeks, led to the surprising result of an average reduction in plaque of 4.2%. In May 2004, Limone hosted an important international scientific conference, where leading American experts discussed the longevity of the country's inhabitants. The good news continued when Prof. Sirtori's medical team returned to the village to carry out tests on the children of the gene carriers and identified the precious protein in the blood of eight children. This continues the incredible story of the elixir of life, which has been passed on from generation to generation, from the first pair of carriers to the present day.

In October 2012, the international scientific congress 'Present status of HDL Therapy' was held in Limone. It was announced that innovative drugs derived from the Limone apolipoprotein would be launched on the market within a few years. 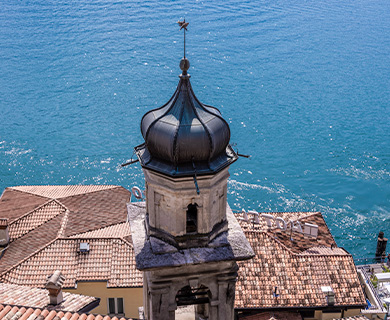 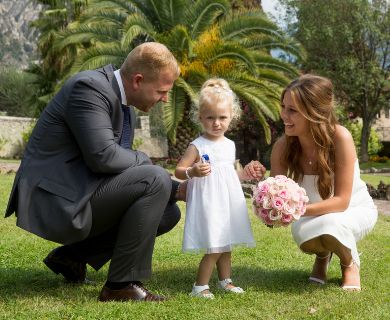 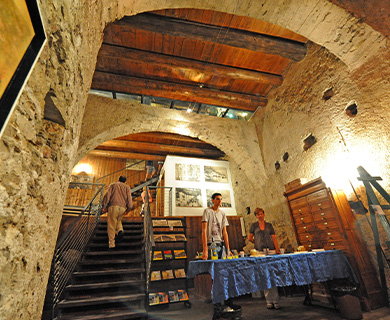 Stay up to date with all the news: Subscribe to our Newsletter